​Official podcast launch (with more episodes every week) June 2nd, 2021 on all Spotify, Apple Podcasts, Breaker, Castbox, Google Podcasts, Overcast, Pocket Casts, and RadioPublic
William Head on Stage prison theatre company (or WHoS) and SNAFU Society of Unexpected Spectacles are excited to release their latest co-production, Dark Traveller. The podcast consists of 3 episodes; each is approximately 40 minutes. It features the team performing the radio play The Northern Lights, a science-fiction radio play initially written in 1949 by Wyllis Cooper, behind the scenes interviews with the incarcerated artists about the process of creating the podcast and an original sequel inspired by the old radio show, and a mix of creative writing inspired by the Northern Lights themes & workshops.
Click to listen
Already listened?
Click here to leave a comment for the incarcerated artists
Show Credits
Radio Play “The Northern Lights” written by Wyllis Cooper.
Creative Writing, Commercials, and Commentary created by incarcerated artists Midnight, Paul
Dark, Dr. Percy, and The Captain.
Edited by Kathleen Greenfield.
Workshop Facilitation and additional voices by Anne Cirillo, Kathleen Greenfield, Ingrid Hansen,
Jeni Luther, and Kate Rubin.
Dark Traveller cover art is by Carolyn Moon as part of our pen-pal art exchange between ‘outside’
and incarcerated artists.

A big heartfelt thank you to the staff and team at ​Correctional Service of Canada for their
​support with this project.

SNAFU and WHoS would like to thank the generous support of the CRD Arts Commission, The Canada Council for the Arts, and the BC Arts Council. 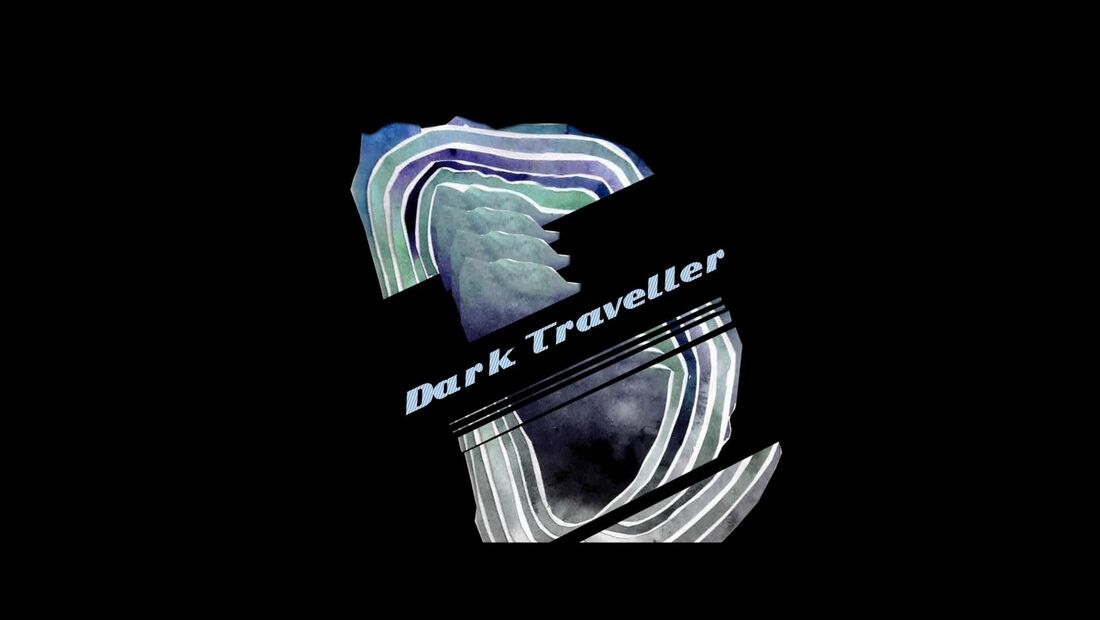 THE PLAY (Episode 1)
Episode 1 features the team performing the radio play The Northern Lights, a radio play set in the 1940s, in the tundra. Researcher buddies Norman and Paul think they can invent a time machine: the Hypercucambulator. In a remote cabin up North, they marvel at the sky-paintings of the Northern Lights as they test out their machine, honestly, not expecting all that much, when an unexpected visitor brings a scientific discovery greater than they had bargained for. This news blows apart everything they thought they knew about the North -- and what sub-zero really means. Their audio recorder captures it all in this science-fiction radio play originally written in 1949 by Wyllis Cooper.

THE SEQUEL (Episode 2)
Episode 2 of Dark Traveller is a variety show that the team created from scratch. You will hear "Inventors Inventions Today," an improvised time-machine sales pitch and "Circle of Life," a homemade sequel to "Northern Lights" (featured in Ep. 1). You will also hear poetry, creative writing and interviews with the cast of artists who are incarcerated inside of William Head Institution.

BACKSTAGE (Episode 3)
Episode 3 of Dark Traveller is a real dive behind the scenes of creating this radio play, including BLOOPERS!  You will hear about Blueberry Point, a refuge in reality and in our minds, about how improvising can feel scary, and what it was like performing in past WHoS prison plays. You'll also hear interviews with the cast of artists incarcerated inside of William Head Institution. Dark Traveller is a salute to the mysterious, the mystical, the darkness in the night sky.  Travel well, one and all.