Some people without brains do an awful lot of talking.” - Scarecrow
“What makes a king out of a slave? Courage.” - Lion
“Hearts will never be practical until they are made unbreakable.” - The Wizard
SIGN UP FOR OUR EMAIL LIST 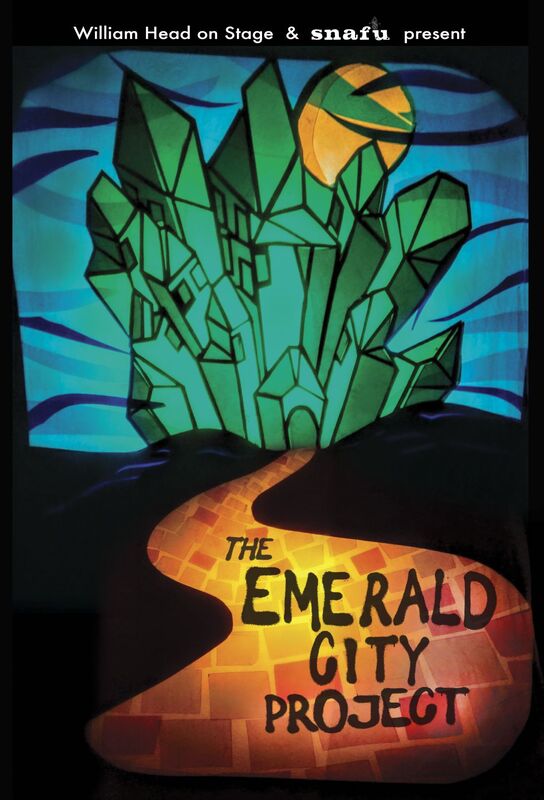 It is 2019, and we enter a run-down Kansas Avenue on the tipping point of Renoviction. Through the shades of grey we get glimpses of the technicolor hopes and memories of this neighborhood’s long-standing inhabitants.  We meet Toto coming home after a long time away, a curmudgeonly Tin Man, and Scarecrow, who is afraid of his own potential. Auntie Em runs a cafe on Kansas Ave, which serves as a neutral zone for the Lions and Flying Monkeys.  In this dramatic comedy with live music and hip-hop, we uncover what home means to a community trying to find balance on unsteady ground.

“One of the best performances I have seen.  It took terrific heart and courage for these men to get up onstage, do something new, and share a piece of themselves with the audience.  I would go again in a heartbeat.”
- Morgan McPherson, The Charlebois Post

ABOUT THE COMPANY - William Head on Stage (W.H.o.S.

William Head on Stage (or WHoS) is Canada’s longest-running prison theatre program.  Since 1981, the prisoners have staged a play each fall and invited the general public. Anyone 19 or older can buy a ticket, go through prison security, enter the prison gymnasium and experience the show performed by the prisoners.

“WHoS is a safe place where we don’t have to wear a mask or project an image,” says one prisoner participant. “Going through prison...there are many messages we get put into our heads that you are inhuman...The process slowly chips away at you.  I didn’t realize how deep it went until I was exposed to the community.  Oh yes, this is what it is like to be treated like a person…we need normal human contact without an agenda.” ​
Questions?
Contact whonstage@gmail.com
​
​“W.H.o.S. is a testament to
the power of theatre to change lives.”
- The Globe and Mail
A heartfelt thank-you to our supporters,